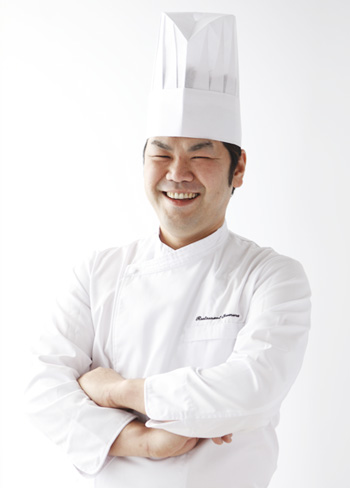 Under key concept of 「making delicious cuisine more enjoyable, more healthful
with originality and device」, we are always trying to offer safe & good “foods”,
pleasant “hours”, and to make HAPINESS IN TAKING FOODS real.
In 1997, our business began as one single restaurant 「Okumura」 at Kiyamachi,
Kyoto, then has expanded to 「ORENO PAN」 bakery shops and delicatessen works
owing to the relationship and various chances.
When I was young, my wish was to have a small restaurant at country side. There a limited number of guests would be able to enjoy my cooking relaxedly.
That was my dream. Against my will, I was given a chance to open the restaurant at the heart of this beautiful ancient capital Kyoto. Gion, where I spent almost two decades, has grown my business today. I just feel the life is really beyond expectation.
How it is exciting!!
Being supported by many, many guests, we think we must try more and more harder to pursue 「presenting pleasant hours filled with happiness in taking foods」.
We advance keeping our purpose for 「While to value origin, we challenge boldly for presenting new value to the society」.
It is our sincere hope that “people” and “town” become cheerful and filled with energy by 「impression」・「happiness」・「smile」.
chief Naoki Okumura 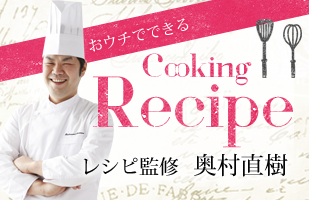